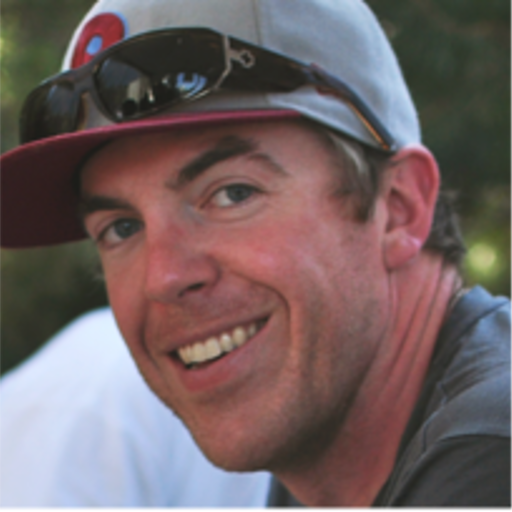 Eric Brown graduated from Princeton University with a BA in Anthropology. He claims he arrived in Utah by car (although legend has it he arrived by bear) and currently enjoys snowboarding, backpacking and volleyball. Eric has spent time teaching youth in wilderness therapy and experiential learning environments. Eric believes that making the interaction between student and tutor lively and interesting is paramount to a successful learning experience; Eric adds that “results will come naturally if the student enjoys the process.” 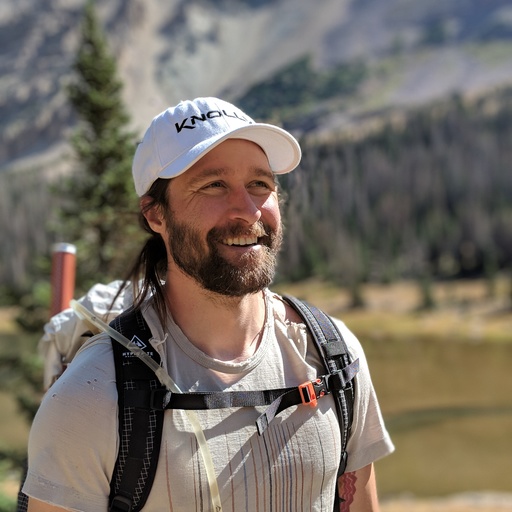 As a wee lad, Jason watched "The Blizzard of Aahhh's" and vowed to move West and ride Snowbird's tram at least once. En route, Jason earned a BA in Philosophy from Brown University (with a heavy side emphasis on music and art). He gleaned a lot of inspiration from some amazing professors who were skilled communicators that fostered real relationships with students. He believes that establishing a relationship with trust and respect is key to any student-tutor learning process. When not tutoring, Jason enjoys writing music, backpacking, skiing, running chainsaws, and sometimes pining to set up his welding rig. 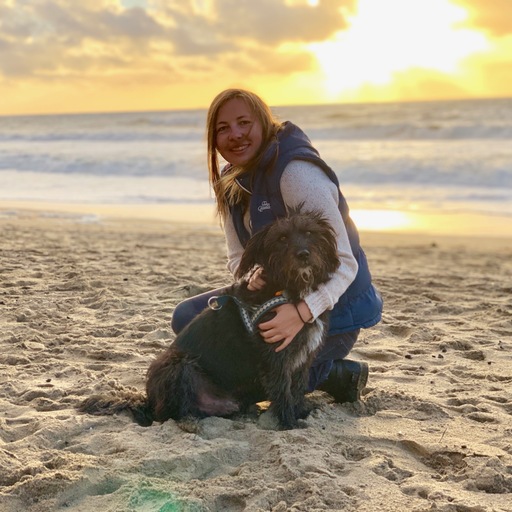 Kelsie has moved around the past few years and has been able to see some amazing places, including living near the pacific coast (twice!) and the base of the Sawtooth mountains. These moves created a love of exploration, and now yearly excursions take place: by plane, train, or automobile! Kelsie graduated from Westminster with a BA in Economics and a Minor in Film Studies, and she hopes to one day run a nonprofit. When Kelsie is not working, she enjoys hanging out with her dog Archie and exploring the local Utah mountains. 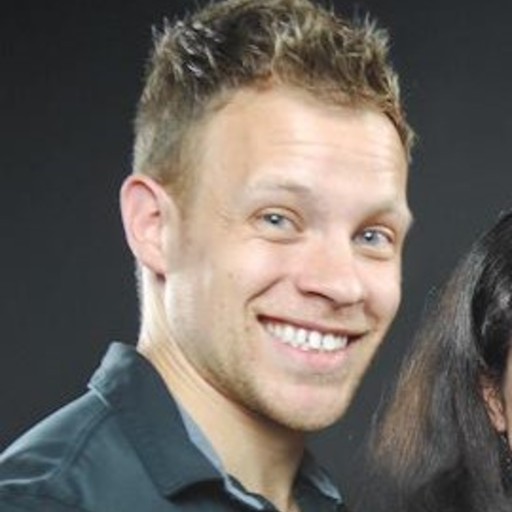 Billy is a graduate of Washington University in St. Louis and the University of Utah, with degrees in Business, Psychology, and Philosophy. When he’s not talking someone’s ear off about SAT prep, Billy enjoys traveling, snowboarding, and trying to recreate delicious restaurant meals at home. Though he can't sing and dance (but secretly wishes he could), Billy believes that an entertained class will learn better and so focuses on engaging students in a relatable way. Billy’s next projects include coding, yoga, and karate. 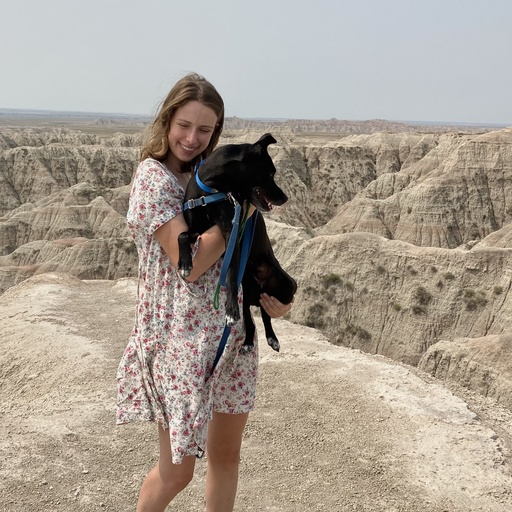 Ava grew up in the farmland just outside Scranton, Pennsylvania, and went on to study psychology at Bowdoin College in coastal Maine. She also earned a minor in Spanish, and spent a semester studying at the Universidad Nacional de Cuyo in Mendoza, Argentina. After graduating, she spent a few years in the "real world," working with youth in the juvenile justice system in Brooklyn, New York. She recently moved across the country with her Honda Civic Stella and her rescue dog Izzy to start a PhD in Clinical Psychology at the University of Utah. When not teaching or studying, she enjoys hiking, camping, listening to music, and watching old horror films. 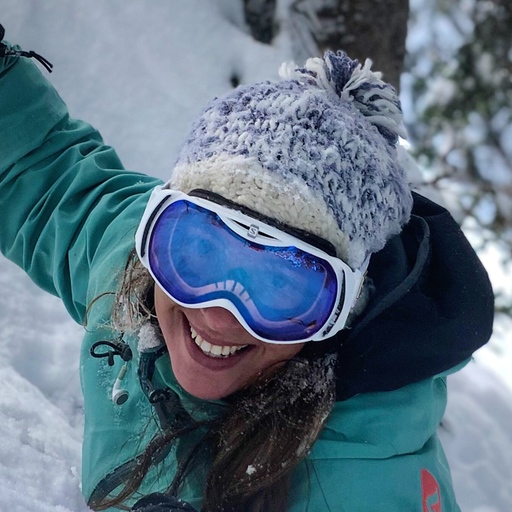 Kaile grew up on the beautiful lakes of northwest lower Michigan and graduated with a degree in biological sciences from Michigan Technological University. Since graduation, she has followed the snow, living in Oregon, Colorado, and Utah; her love for biology is second only to her love for skiing. She spends her time chasing that perfect ski turn, tutoring math and science, hiking, listening to podcasts, and reading. Kaile has a passion for learning and hopes to spark the same in her students. Her most recent educational explorations have included research on the life of Cleopatra and desperately trying to comprehend (and fix) the inner workings of the cooling system in her car. Kaile loves tutoring and is excited every day she gets to work with students. 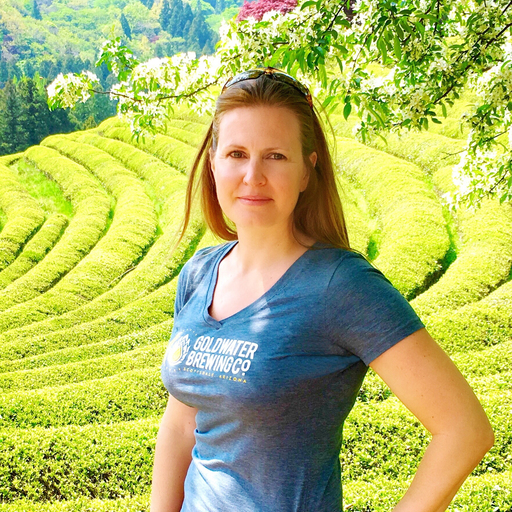 Gwendolyn may have been raised in a small community along the Missouri River, but her desire to travel the world was ignited at the age of seven. After graduating magna cum laude with a degree in Public Relations, she set off for a three month back-packing tour of Europe, before settling in England. Based in London, she became the Vice President of Marketing Communications at one of the world’s top investment banks. However, after 14 years in the corporate world, Gwendolyn decided on a career change to teach English as a Second Language, before landing with Higher Ground Learning where she focuses on the SAT and ACT. When she is not teaching her international students - whom she calls her ‘kids’ - she can be found scouring her current home city for the best craft coffee. 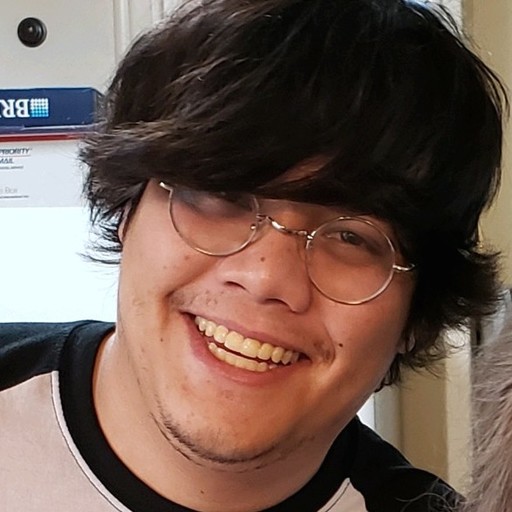 Toby was born in Dallas but quickly made his way to Utah at a young age. Possessing a voracious curiosity, he has interests that range from playing guitar to coding and from chess to skiing. He graduated from the University of Utah with a BS in Biomedical Physics. His next steps include pursuing a Master/PhD of Physics or Astronomy. Toby's other hobbies include gaming and trying (in vain) to read every article on Wikipedia.

Toby specializes in all levels of math, Physics, Chemistry, Biology, and Test Prep 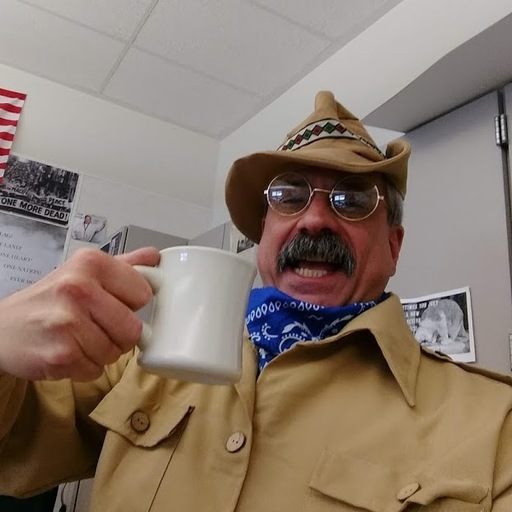 Our resident AP US History expert (via Zoom), Kevin originally hails from Wisconsin, where he earned a BA in Political Science from UW-Madison. From there he traveled to Illinois, and one MA in Political Science later from UI-Chicago, he continued to move West, eventually landing in Park City as a much-loved APUSH teacher for many years. These days Kevin finds himself in Ohio, wishing for the days when he can travel again (he has been to 20 countries and 49 states) and maybe one day again dress up as Teddy Roosevelt when he covers the Progressive Era!

Kevin specializes in preparing students for the APUSH test, Government, and Political Science. 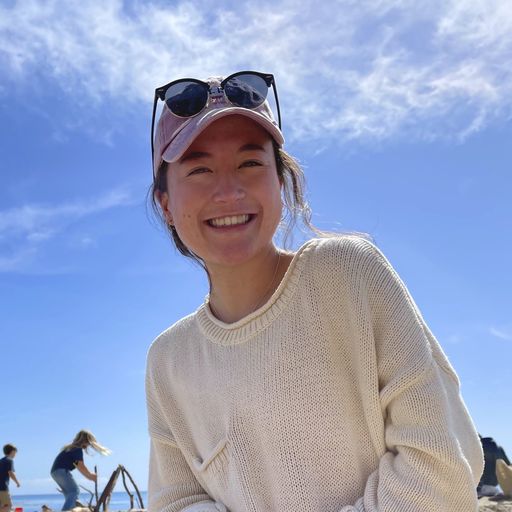 Born and raised in Salt Lake City, Katie graduated from West High School’s IB program. She is currently studying at UC Berkeley, majoring in Molecular and Cell Biology and minoring in Global Poverty and Practice. At Berkeley, she is a co-instructor for Cancer 101 and also works as an Advising Fellow for Matriculate, a college advising program aimed to help first generation college applicants. In her free time, Katie enjoys running, skiing, and doing crosswords. 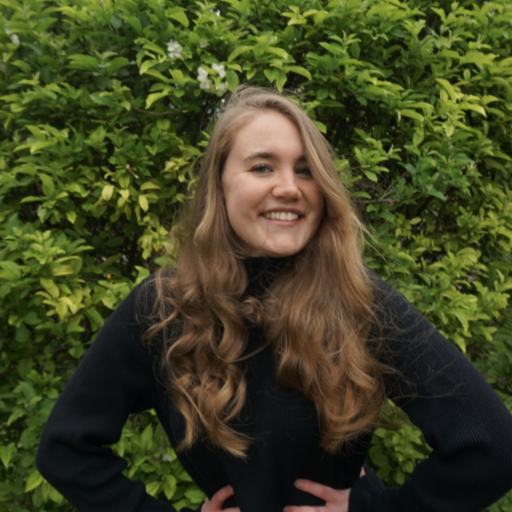 Alexa is a senior at Harvard University, where she studies economics and political science. She developed a love for teaching in 2017 as the founder and director of a volunteer, peer-to-peer math tutoring service across her school district. While at Harvard, she has created a freshman pre-orientation program called the “Leadership Institute”. This is a week-long leadership course that helps transition incoming students to the demands of undergraduate life. The oldest child (of four) in her family, Alexa had to navigate the college admissions process by herself. She is passionate about easing this burden for families with five years of experience in SAT/ACT tutoring. When Alexa isn’t being a huge nerd or studying for the LSAT, you can find her hiking, running, or playing soccer. She loves to learn new things, and this year she is taking pottery and dance classes!

Alexa specializes in all levels of math and ACT/SAT Test Prep. 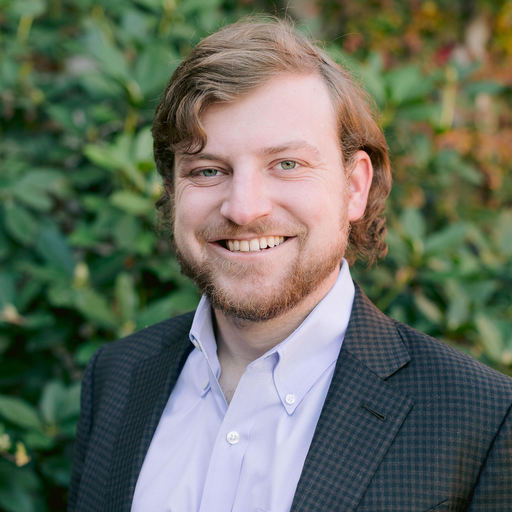 Kevin recently moved to Utah after growing up in the Bay Area. He graduated from Duke University with Bachelor's Degrees in Statistical Sciences and Economics. In high school, Kevin co-founded and taught at Engineering Change, an interactive math and science camp geared towards low-income middle school students. In addition to math and science, Kevin has extensively studied Spanish, including spending a semester abroad in Madrid in college and completing service projects in Mexico and South America with a focus on language immersion. As a skiing fanatic, Kevin is excited to explore the wonderful outdoors of Utah. He also enjoys performing and enjoying music, playing the piano, drums, and guitar.

Kevin specializes in Statistics, Spanish, all levels of math, and Test Prep. 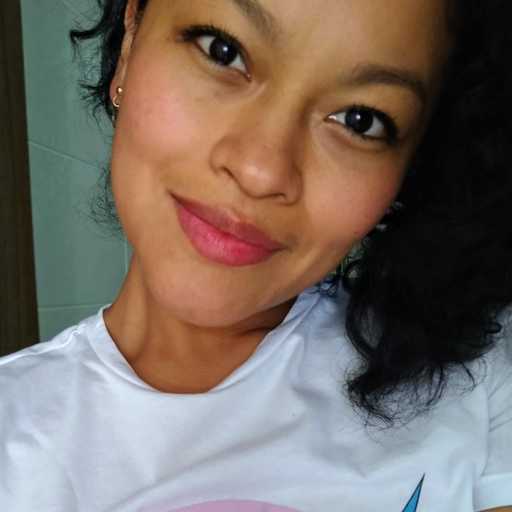 Janet is a real language lover who graduated from Universidad Pedagógica Nacional de Colombia with a degree in modern languages (Spanish, English and French). She enjoys teaching and firmly believes that language is a powerful tool that unifies people and allows them to take action in the world. Born in a small town called Chía, next to the capital of Colombia, Janet became delighted with language learning when she strongly longed for understanding the English lyrics of the songs of her favorite bands (in fact, she admits that those bands were her first actual English teachers). That was the beginning of a wonderful journey that hasn’t stopped yet and has led her to explore, learn and discover the world of English, French and German. When Janet is not tutoring, she can be found watching astronomy documentaries (one of her greatest passions), spending time with her two adorable cats, or working out at the gym. 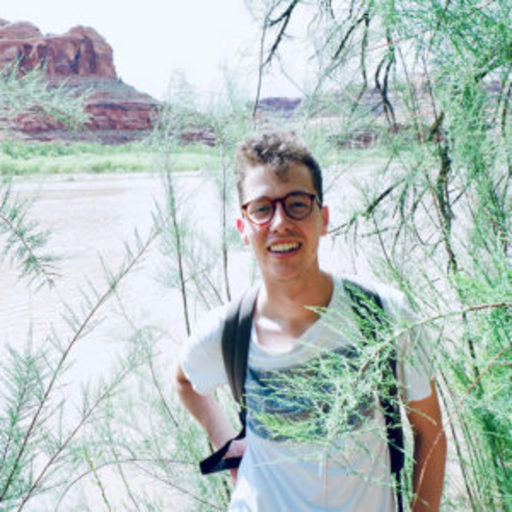 Trevor still says he is from San Clemente, CA despite living in Utah for the last five years. He recently graduated from the University of Utah with a Master of Arts in Communication, where he pursued research in critical media studies and artificial intelligence. Trevor has over five years of teaching experience at a university level and is passionate about learning. When not working, Trevor loves film, theater, music, and television of all kinds. He also loves cooking (and eating) and spending time with his cat Douglas.

Trevor specializes in ACT/SAT Test Prep and all forms of Writing, Reading, and Communication Studies.

Download the application above, fill it out, and e-mail it to us along with a resume and cover letter. Even if we're not hiring, we'll keep your resume on file and call you when a spot opens up. Thanks, and good luck!